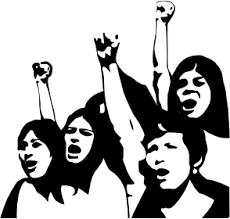 3CR’s Presenter of Women On the Line, Clemmie Wetherall won “Best Radio Feature/Current Affairs” for the program Is Domestic Violence Different in Hollywood?

Listen to the audio here

It is an innovative use of the medium, weaving excerpts from movies, talk shows and other popular culture into a discussion of community reactions and views to violence.

It highlights the fact that violence affects all women and groups and notably that fame does not protect a woman from violence or from the victim blaming that often ensues.

The piece unpacks concepts of gender and their impact on the way violence is viewed. It is engaging, interesting listening and importantly offers contact information for support services.